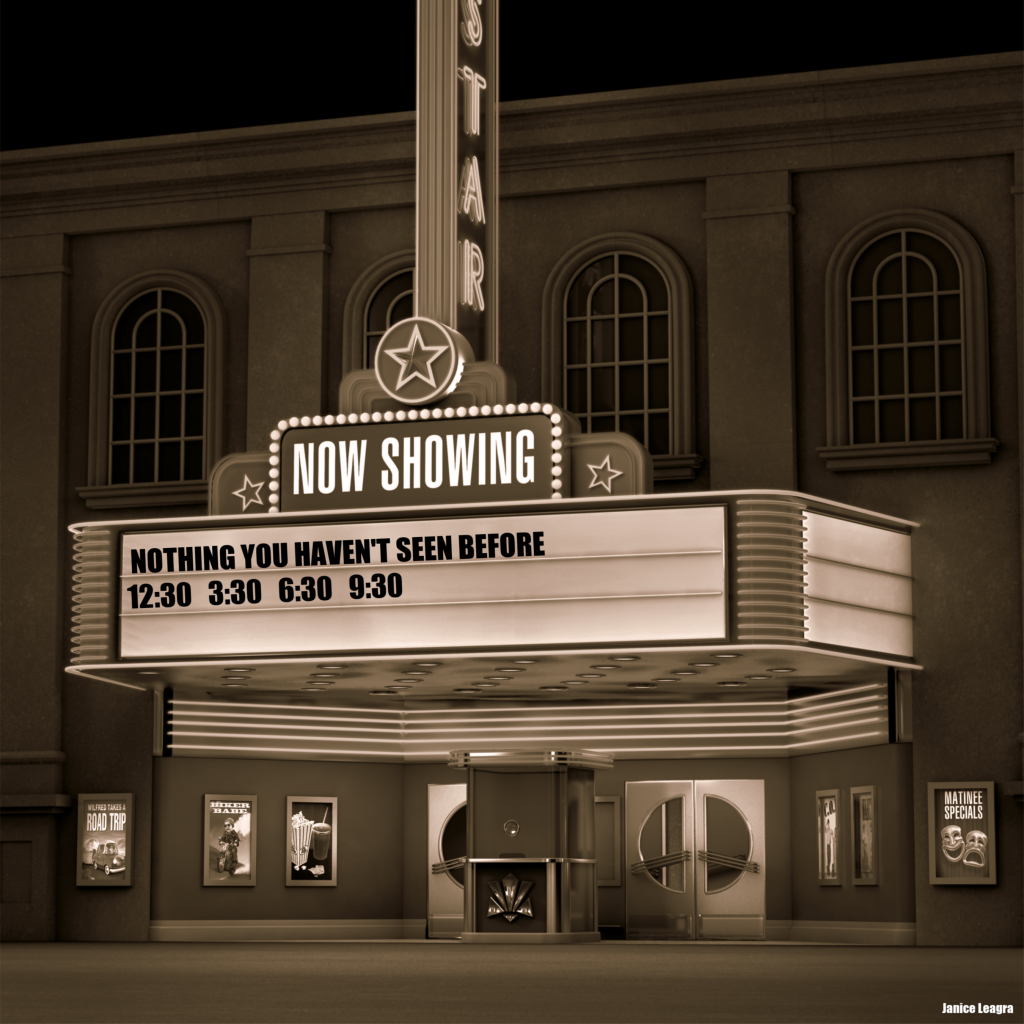 Convoys of cars filmed in curvilinear swoops, never held up by other traffic.

Drivers frowning into rear-view mirrors, realising they are being tailed, speaking without checking the road yet never veering.

Eiffel Tower. Or the White House. Or the Millennium Wheel. OK, I get location.

Funerals. Many as opening scenes, often in rain. Black umbrellas, white tombstones, sometimes a figure unseen by other mourners lurking behind trees.

Images in mirrors. Often not revealed initially, too often used.

Jets. On runways, in cabins, cockpits, taking off, landing. We’re on the move again.

Lighting. Night, danger afoot. All lights off. But we see?

Retching characters in shock who, when they make it to a toilet, kneel, grip, plunge their faces right inside grungy bowls.

Shaving. Any man knows lather is being scraped from already smooth skin.

VIPs promenading down warrens of corridors towards our camera’s POV.

Yaks. The Himalayan region’s Eiffel Tower, Everest mirroring every other mountain. Ditto, yurts for the steppes. I don’t mind this, love yaks. And yurts.