End of the Line – Matt Kendrick 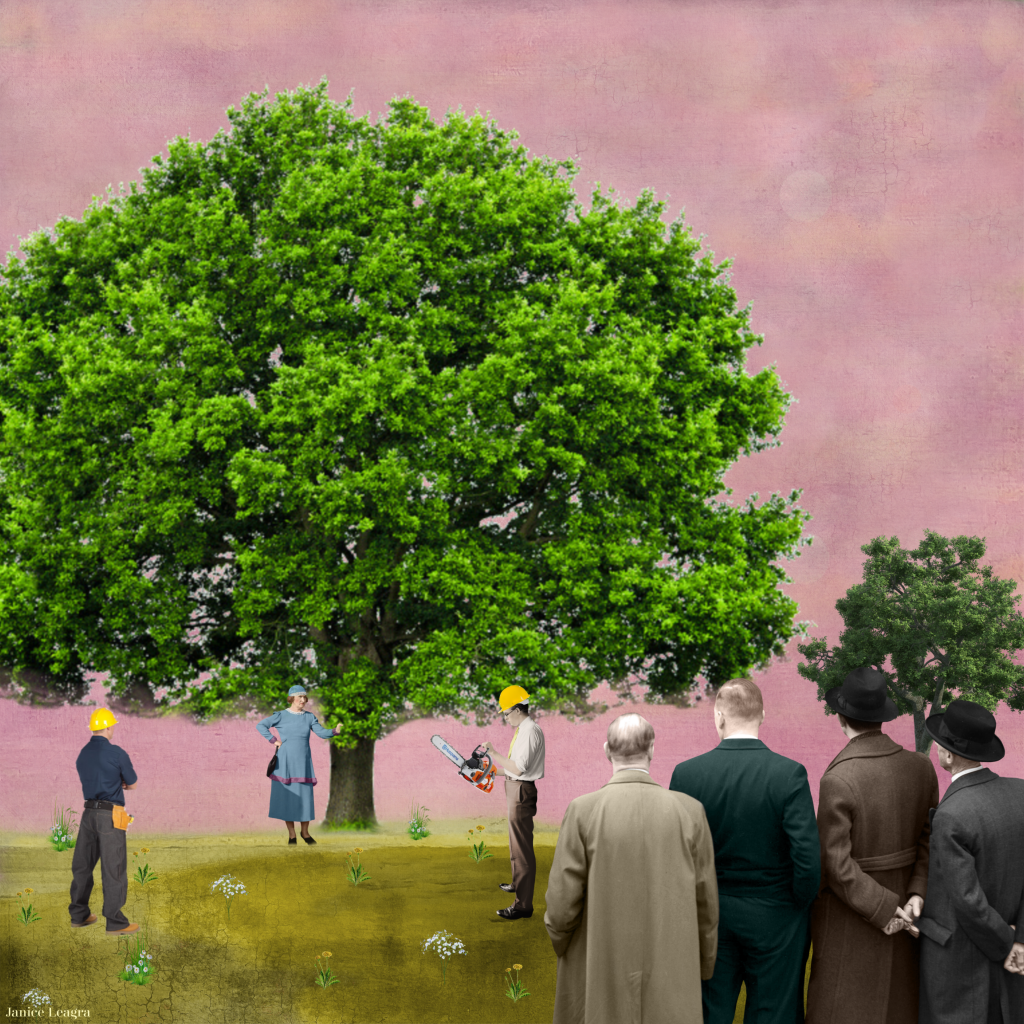 They’ve mud on their shoes, these city men in shirts and ties. Derwa sees that, sees how they circle like secretary birds around Old Man Oak. He must think them tame since he gazed on Saxons once, warriors in woollen tunics, swords in hand.

The city men return with clipboards and hi-vis jackets as if they’re on a school trip. Reminds Derwa of that time her class was bundled off to Ilfracombe on the train. Seafront squall almost uprooted her. Old Man Oak has roots so deep he remembers the navvies who cut the line through the hills, that first iron beast belching its smoke. Then the last.

Oh Ifracombe! She took the bus since there were no more trains. She was a green thing. Fell for a fisherman with seaweed in his beard. They planted an acorn together. She fed it pilchards and seawater salt. But its seedling, slimy and scaled, didn’t last the winter.

The clipboard men have tape measures. They hold them taut and write down the numbers. Twenty-one, thirteen, twelve – that’s what it measured, the casket for her milk-stained child. The carpenter used a branch from Old Man Oak.

Derwa takes her wrinkled hand and brushes it against his bark in silent thanks. He’s dead wood now. All except his tap root and one last bough still trying to sprout. She puts her other hand to her belly. Since Ifracombe, her womb is sand.

Tape measure men in hard hats. Their chainsaws’ sharp teeth growl, fierce like the curses Derwa’s grandmother spat at the heavens when she birthed Derwa’s father during the long winter. The villagers used to say she was a witch. Perhaps if Derwa had gone to her, she wouldn’t be sand-belly, end of the line.

No. The chainsaw men are waiting but Derwa won’t go without a fight. She wraps her arms around Old Man Oak. A rhyme her grandmother taught her when she was still a sapling comes to her lips. She whispers it, snakelike, and dares them to come in close.