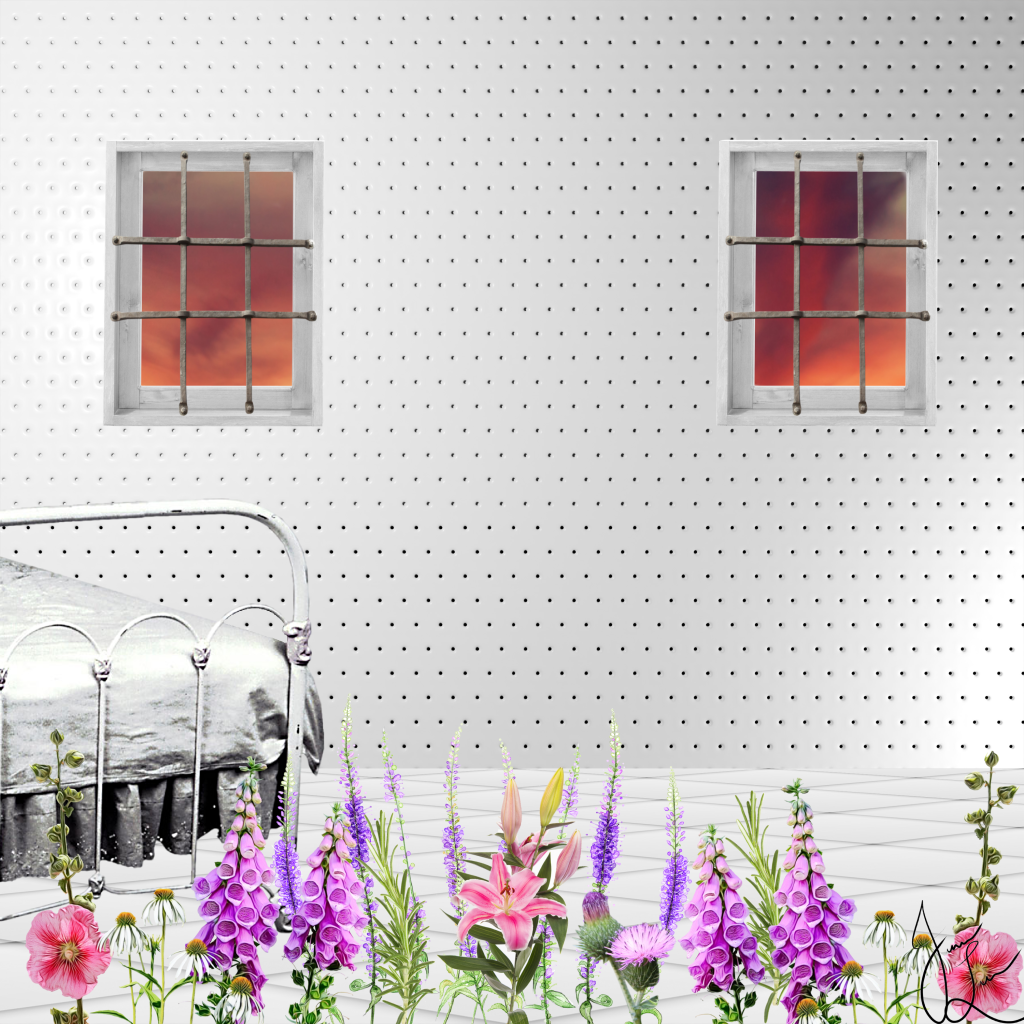 Her body was a jellyfish that had lost its sting. Cold. Curiously pliant, her skin yielding to doctors, nurses, powders, pills. Floating in thick, creamy air. Her fingers drew patterns, distorting the reflections that rippled on the ceiling, the floor, the walls. She watched them, repelled and fascinated. There was nothing else to do, nothing else to watch from her bed except the window full of sky. Shapeshifting, never settling. A spark of life. Eat, drink, rest.

She had no sensations left except one: a single thread of pain that had almost become pleasure, twisting through pale flesh and bone, tying all the clouded fragments of her body together. The last doctor had diagnosed a wandering womb. She had laughed at that, cackling like a witch in his face. She defied any part of her body to wander and escape these knots, but sometimes she imagined it, just for fun. Her womb on a lead, being called to heel, taken for a walk around the gardens. She could tell it the names of the plants that grew by the paths and along the borders. Ros marinus, rosemary, sea dew, for remembrance and burial. Lavendula angustifolia, English lavender: a tea would help sleep, but a sprig under the pillow would summon ghosts. Lilium, lily, Lily, her own body upright in the soil, exotic flowers like splashes of spilled milk.

She wondered how far the roots went down. Down to London, said the nurse, to the writing desk with its empty ink pot and smudged-out candle. Ladies shouldn’t be writing. It excites the brain. But the stem was too tall for that, the scent too heavy. Perhaps, if she were to pull it up, entrails would split the soil all the way to Cambridge and there, in the middle of the carnage, would be the seed, a tiny knife between her legs.

This room, they whispered, was her last chance. Everything else had been tried. Four walls, heavy and soft with running liquid like a leaking breast. She was back in a womb not her own, to be birthed all over again. What would L. say, when she finally wrote to him? I’m sorry, my darling, but we can’t meet again, you see I’m now just a few days old and back in the cradle, and can’t do anything apart from eat, drink, rest

No. Her mind was not yet liquid. She would remember the plant names and write him those. Alcea, hollyhocks, sweet-shop lemon and raspberry. Did he like sherbet? She couldn’t remember. Marianum, milk thistle, blessed, holy, Our Lady’s thistle, flourishing among the roses despite the gardener’s best efforts, not cream at all but a vivid, spiky purple. And the sky, rectangular with iron panes, defying doctor’s orders each morning in reds and oranges. Fire, burning down to embers in time for first rounds. Eat, drink, rest. The colours shifting so imperceptibly that no one else noticed.