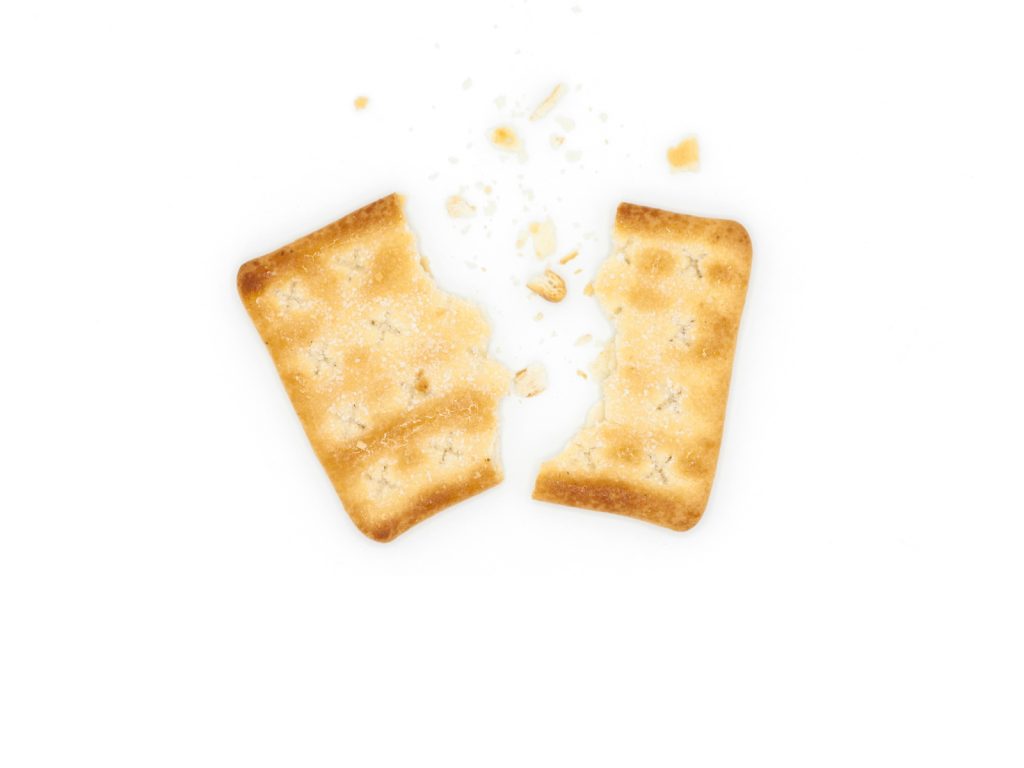 ‘What did you do now?’ the mother asks.

‘Nothing, I did nothing’, her son says, palms as bowls.

‘That’s not true,’ the mother says.

‘You always blame me’, her son’s voice rises.

The mother scoops her daughter up, legs circle like orangutan arms.

‘Go away’, the mother says to her son.

‘I hate you’, her son replies.

Inside the mother things shift. Physically it’s just a sigh, everywhere else it’s miles away from where any mother wants to be.

There are piles: dishes, clothes, nappies. They have homes but never stay in them for long. Tea is cold but the mother drinks it anyway. Sand tannins clasp her tongue.

‘It’s okay’, the mother says to her sniffing daughter. Snot falls like drool.

The mother grabs crackers and drops her daughter into the high chair. Her daughter cries and sees the crackers, crushes them into falling snow.

Chop the onion, smash the garlic, celery, the mother’s sure there’s celery. There’s no peeler for the carrots. ‘Where’s the bloody peeler?’

It’s in the dishwasher where her husband put it despite it not being dishwasher safe. The mother cuts her hand on an upturned knife.

The mother curses him sitting at a desk, a warm cup of tea, brownie corrugated with bite marks.

Spinach. Is that cauliflower off? Broccoli stems are meant to be good for something, aren’t they?

Ingredients crackle. Salt, pepper, some parsley, barely alive but still green. Her daughter slams the high chair, laughs as crackers vault into the air. There’s banging upstairs, could be karate, could be her son kicking walls again.

The mother gets a sweeping brush, bends to gather. The floor is sticky, rusty coloured; unrecognisable. Her daughter laughs and grabs a handful of the mother’s hair. At the side, the side where the mother banged her head closing the attic window.

Her daughter’s lip wobbles. The mother drops the sweeping brush.

The mother scoops up her daughter.