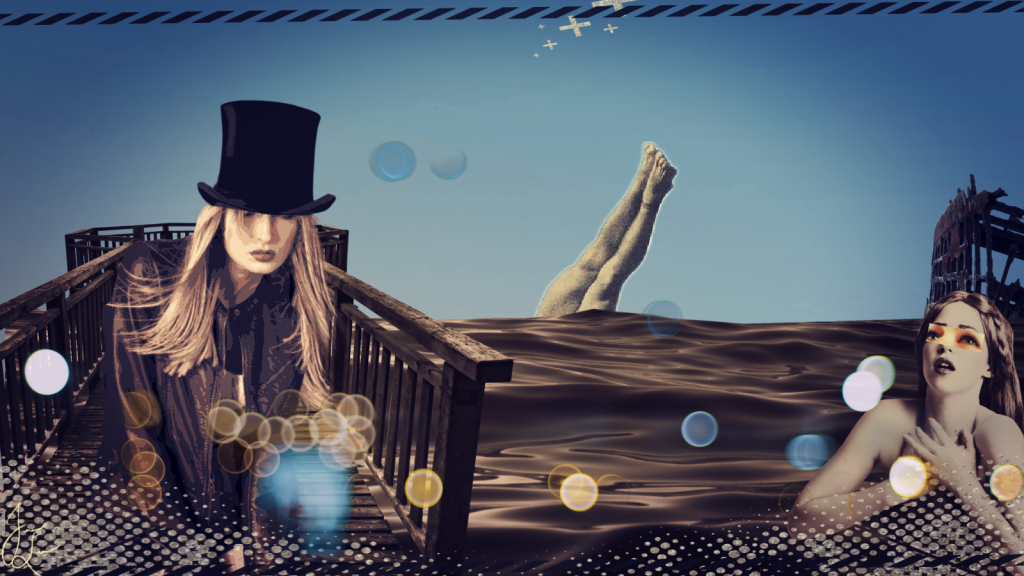 It was a week of high-waisted jeans and sugar eaten on the hoof and kiss musk. I wore a top hat. He said he’d never occupied a pavement with a top-hat-wearing woman before. Everywhere we went there was coffee house funk on cobbled streets. In the thrift shop a woman gave me twenty per cent off a shark print dress because she liked the way my laugh was a rupture. I took it out along the pier with a jacket in leather the colour of swords and he said he’d never understood the concept of always.

The whole town smelt alkaline, the way stone walls do after big rain. My sister came – just for the one day – and we all bared cheeks to swim in the cove where the schooner went down and he tried not to look at the hourglass I hadn’t been gifted. When he got in he wore the water like a pair of old riding boots. We couldn’t look away. Reverse dives. Arm stands. Silver pear drops were strung along the planes of his shoulders. She told me he was horrific news. She told me to hell with it because he had fire in his belly big enough to pull chairs up to.

Later, he told us all about the crew who got washed up in the yawn of the cave, how they made it seventeen days without food before they did in and ate the youngest. Must be so much easier to kill someone early on, my sister said. Barely leaves any footprints. He looked at her then, and it made her constrict her throat with both hands. Across the harbour a yacht started playing piano music which milked like easily pried pearls and, way out past the groynes, the sea was turning slate.