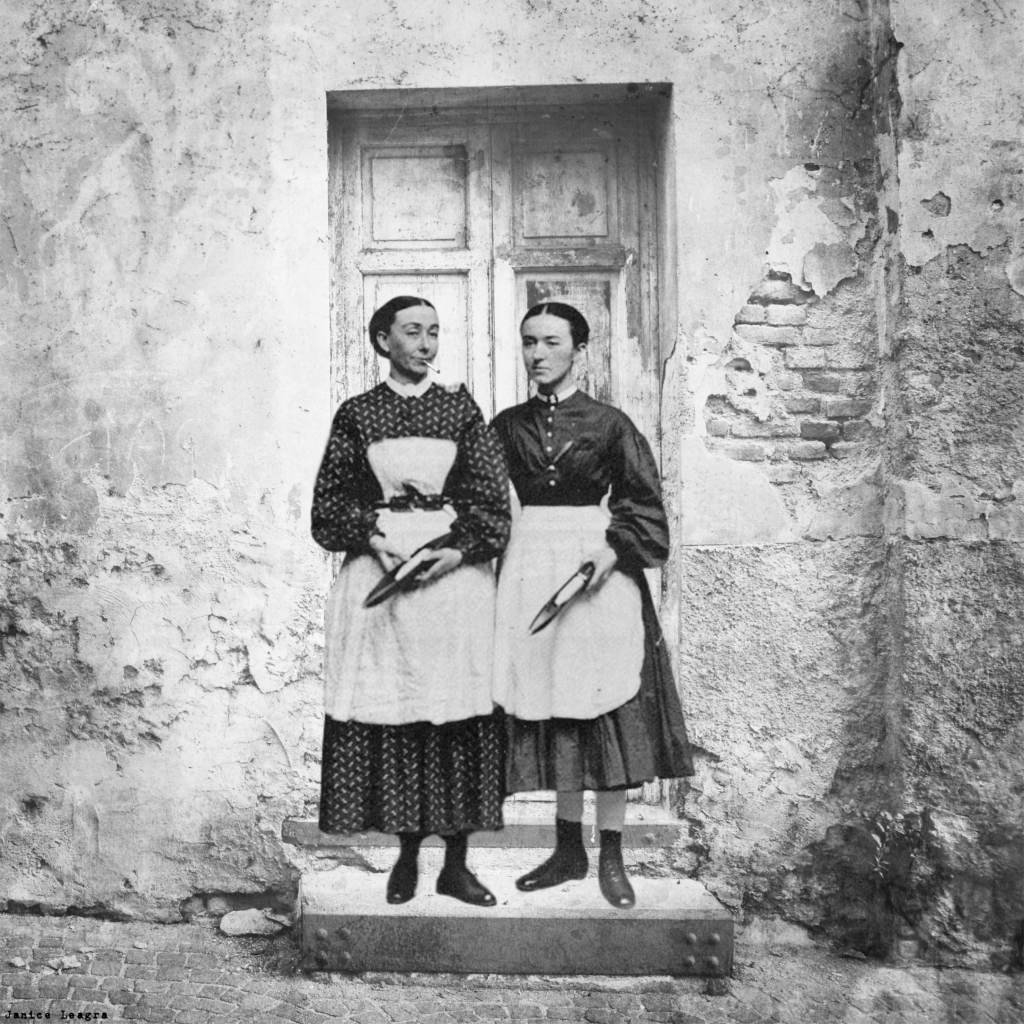 Your father’s mother was Agnes. She came from a rural townland, all vowels and phlegm to say. Her home house was a series of small boxes stacked one upon the other; a neat and God-fearing establishment with nothing in the way of show. So many weans went through that wee house they ran out of good, Protestant names to give them, so the last was called after the first who’d died young of something you could cure with antibiotics now.

Your granny was a weaver of linen. No different from all the other Agnes’s tending loom in Lisburn, Belfast and Portadown. She took her lunch in her hand each morning and walked a dark mile there and back. She did not see herself party to something significant. Yet, each morning she took the raw yarn in her hands and, though it was as old lady’s hair or horsetails caught up in knots, saw only what it could be: a handkerchief, a Sunday shirt, a finely embroidered tablecloth paling over a big house table. She lifted her shuttle and wove the future into each tangled strand and did not stop ’til the mills began falling down around her.

Picture your granny, every day from eight ’til six. First in Ross’s Factory, aged thirteen all the way up to the age you are now. Then, later in the Phoenix which was farther to walk but more money. Picture her lame in the foot from a dropped shuttle. Picture her wearing her retirement watch to church, hoiking her sleeve up to show the gold of it off. Picture ten thousand woman like her: spinning, weaving and stitching, leaning against mill walls, smoking. Tell yourself there was nothing remarkable about your granny and this is why you never asked.